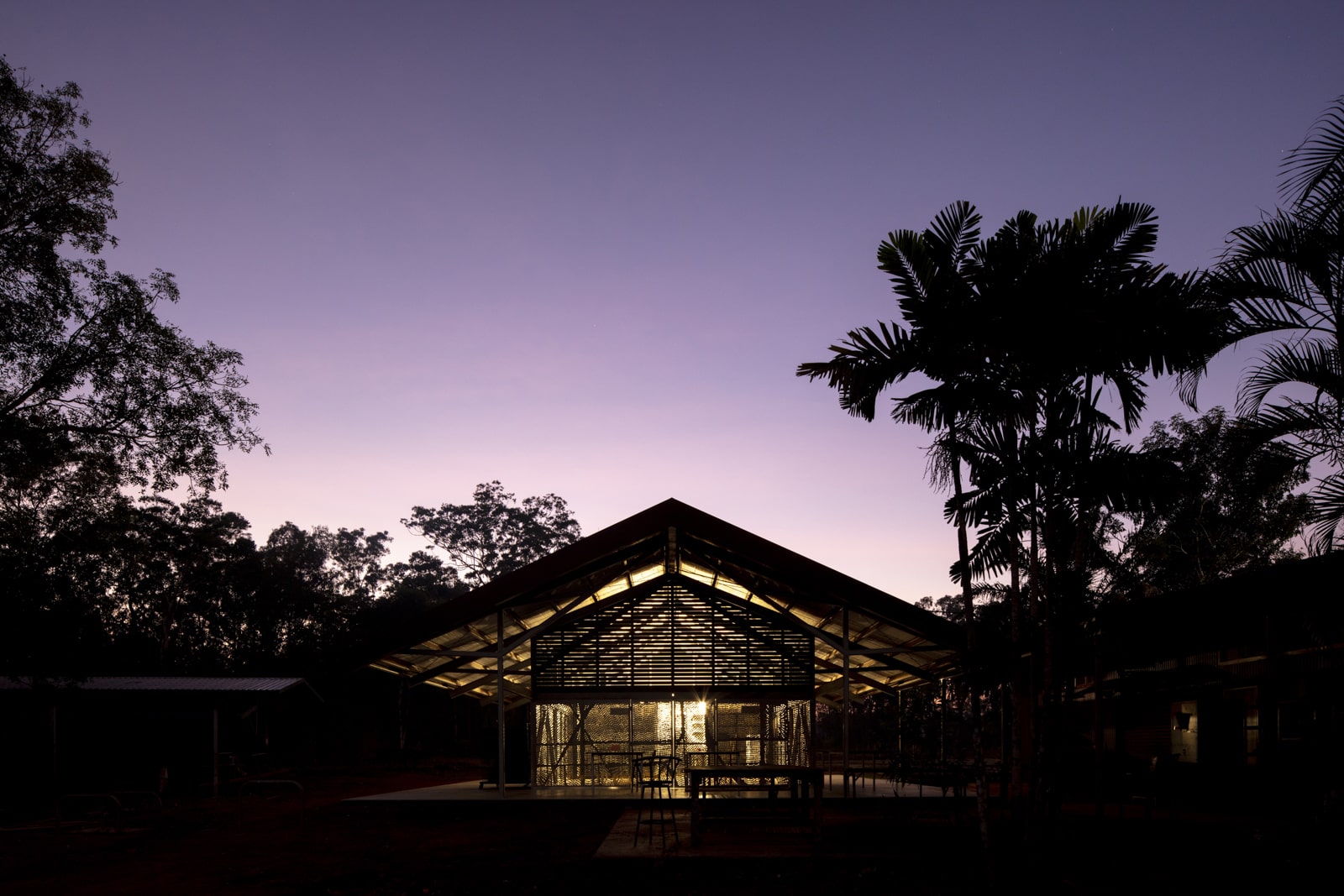 Commissioned by Munupi Arts and Craft and Designed by Kaunitz Yeung Architecture, the new art studio at Pirlangimpi (Garden Point) on Melville Island in the Tiwi Islands north of Darwin is at once a celebration and a commemoration.
Officially opened on the third anniversary of the death of one of the island’s rising stars – Natalie Puantulura – the new art centre embodies Tiwi Art and Creativity. Born in Darwin in 1975 Puantulura achieved critical acclaim during her relatively short career, being the subject of a solo exhibition in Tasmania and was in 2016 a finalist in the 33th Telstra National Aboriginal and Torres Strait Islander Art Award and the Redlands Konica Minolta Art Prize , among other accolades. Present at the opening of the new art centre on the 17th September 2019 were the broad community including Puantulura’s family, artists, friends and the architect David Kauntiz.
Puantulura’s art is distinguished by Jilamara or body designs that found their way into her paintings through an intricate and delicate geometry. Painted in ochre by hand and through the use of a timber comb or pwoja, It is this Tiwi mark-making that has become the ‘skin’ of the new building by Kaunitz Yeung Architecture. Created in consultation with the artist’s family and community, Puantulura’s distinctive Jilamara have been transposed onto a series of hand-drawn, laser-cut metal panels that wrap around the new art centre building. These dynamic perforated panels protect the body of the building just as Jilamara protects the body in Tiwi ceremony. Like skin, they also enable the body to breathe.
Walking around the coastal community of Pirlangimpi, Puantulura’s home, there are precedents to this integration of jilamara and architecture. The mid century church built from the vernacular besser blocks has brought Tiwi innovation to building with the simple tilt of the blocks to create a dynamic geometry that also serves as a breezeway in the tropical climate.

The Tiwi people mark death and the passing from one world into another with power and poetry through the Pukamani ceremony – a profound manifestation of kinship and culture through performance and sculpture. This new building is at one with this world of commemoration and celebration, and it will now bear witness and give agency to future generations of Tiwi artists.
Dr Lisa Slade
Assistant Director, Artistic Programs
Art Gallery of South Australia 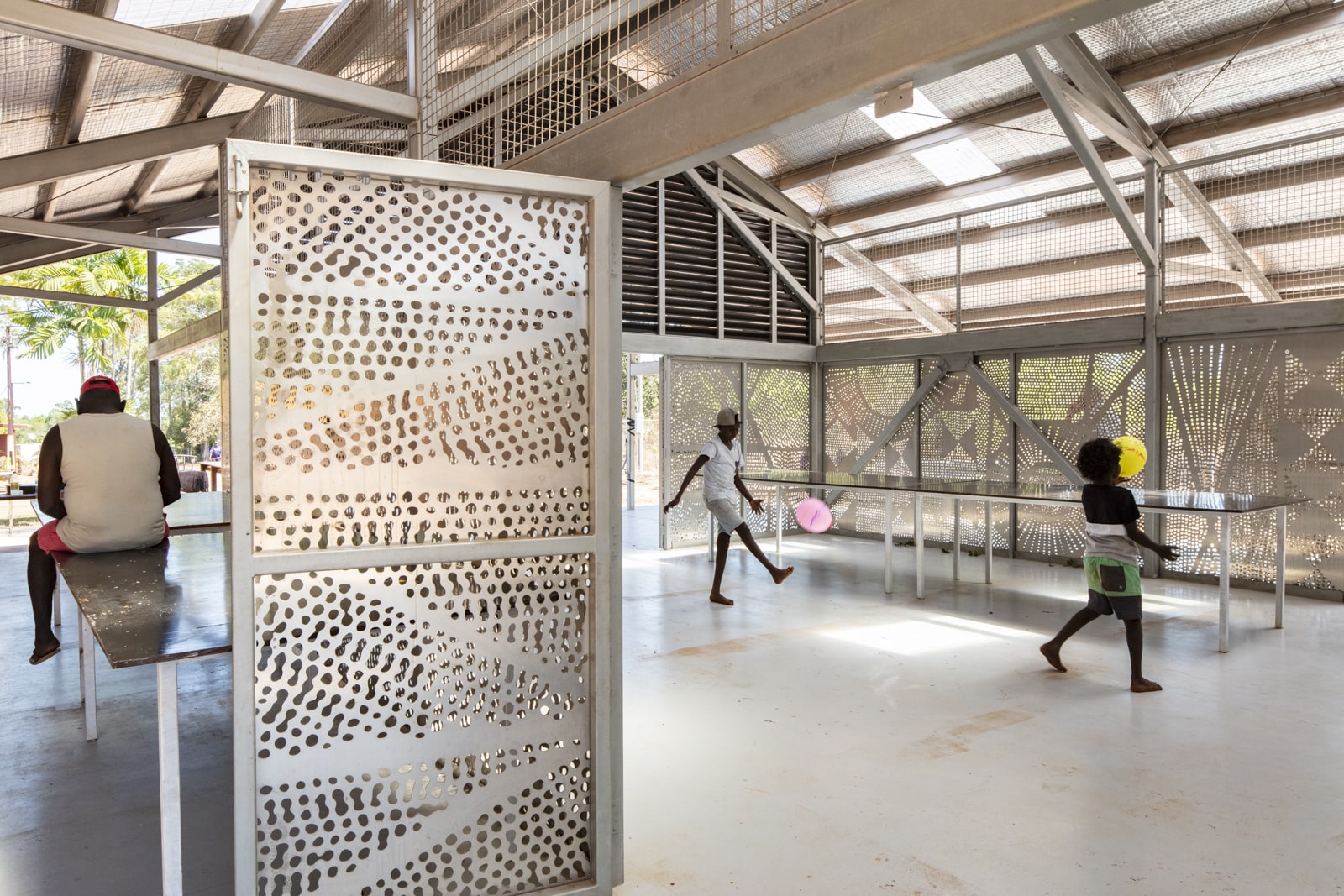 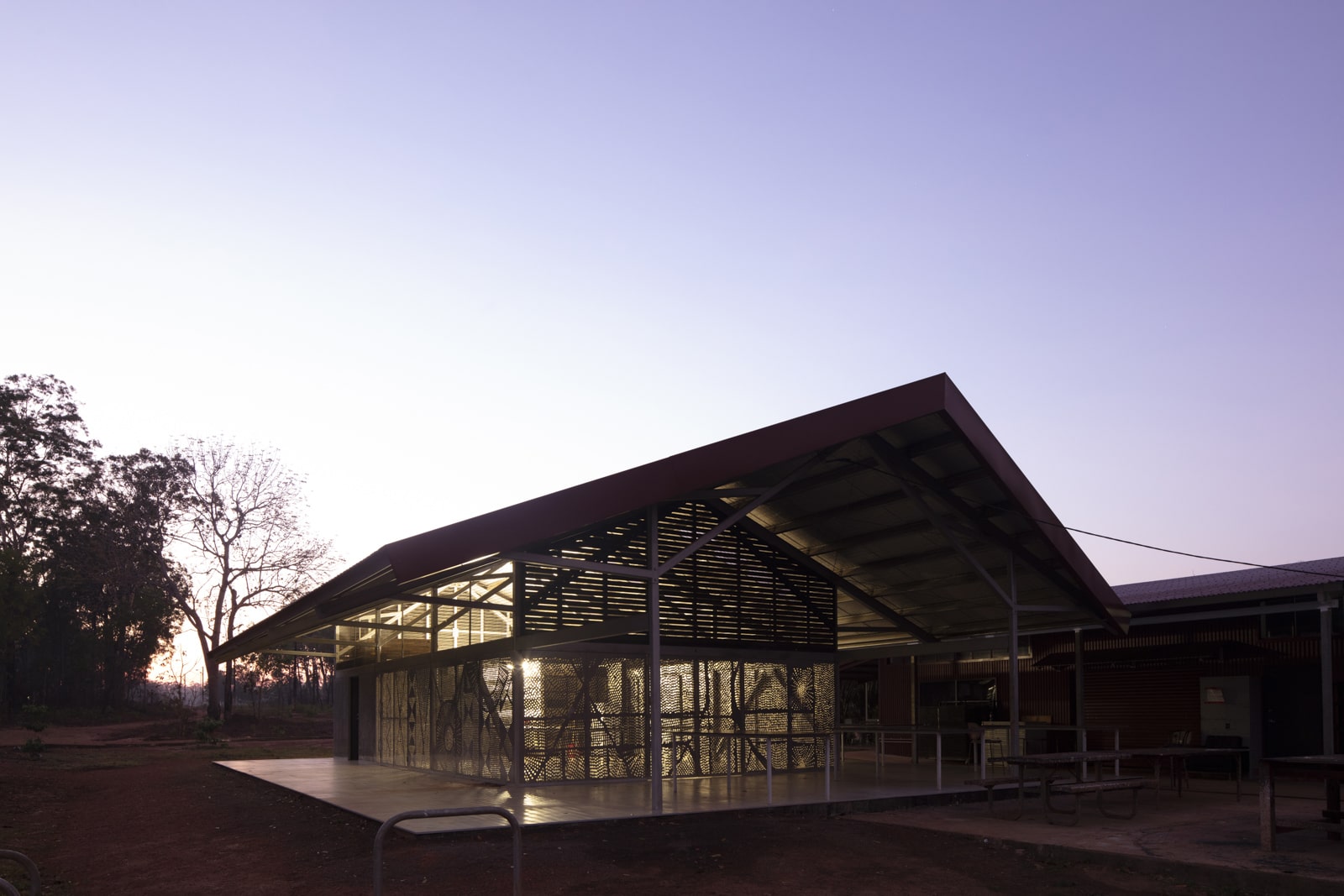 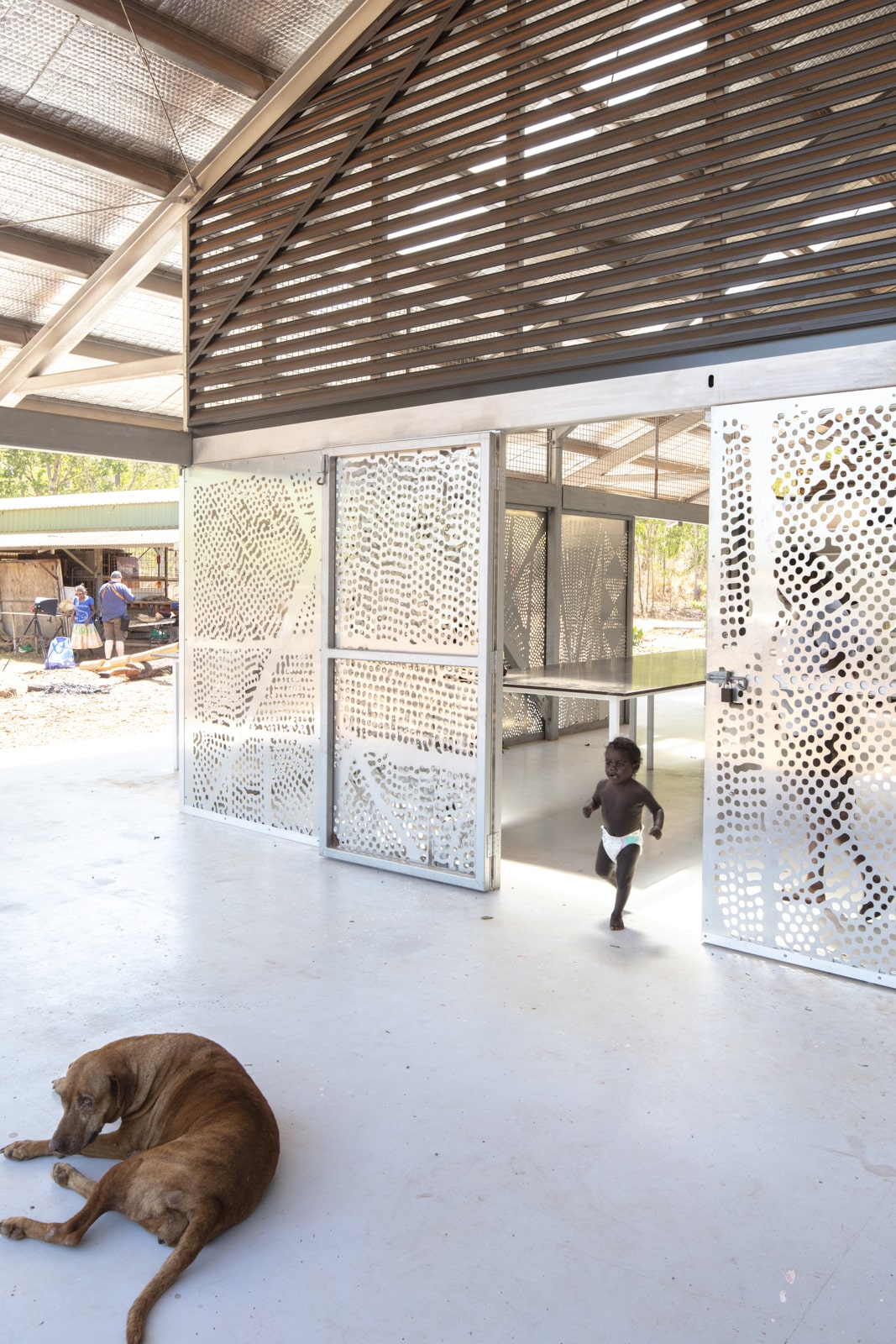 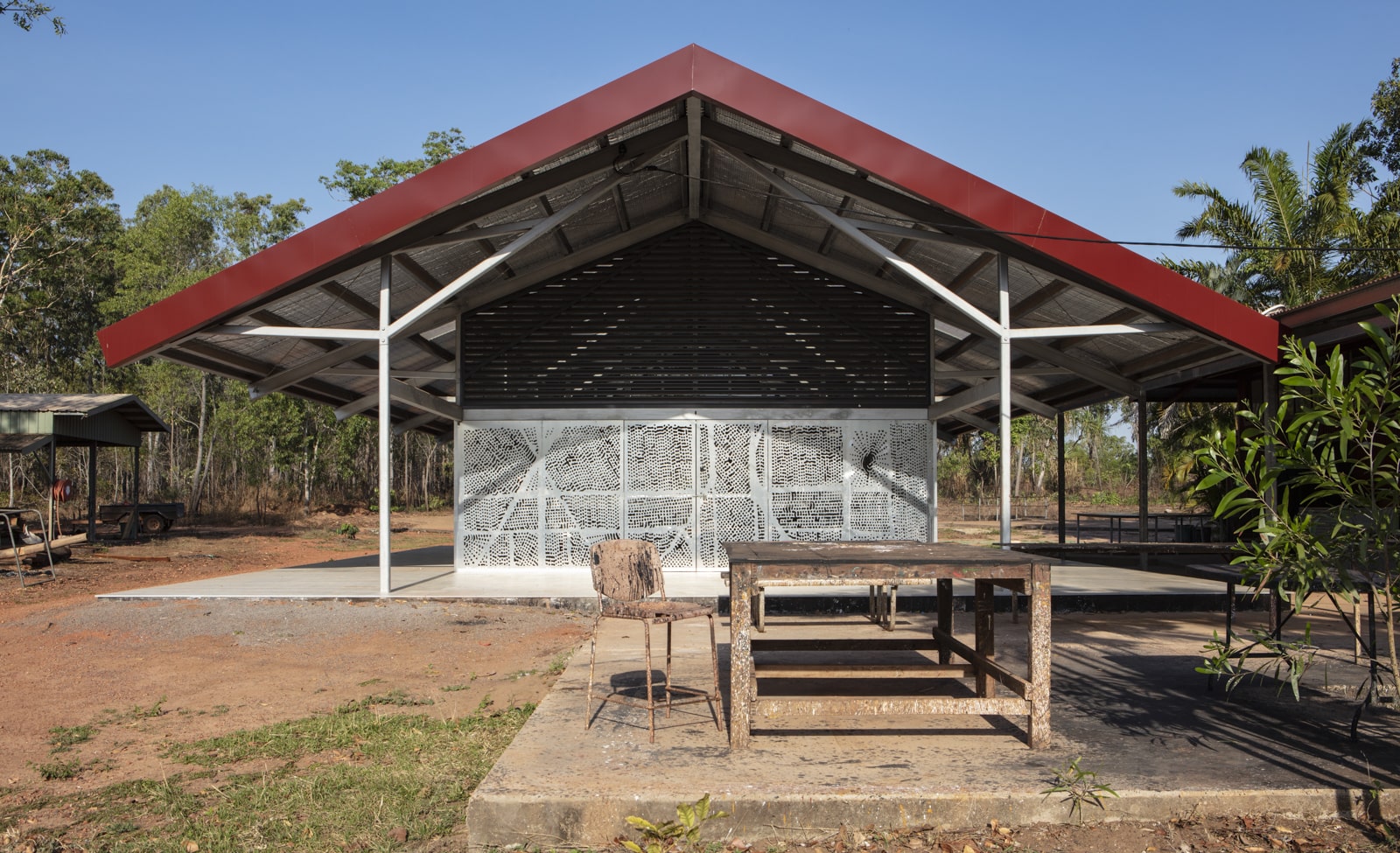 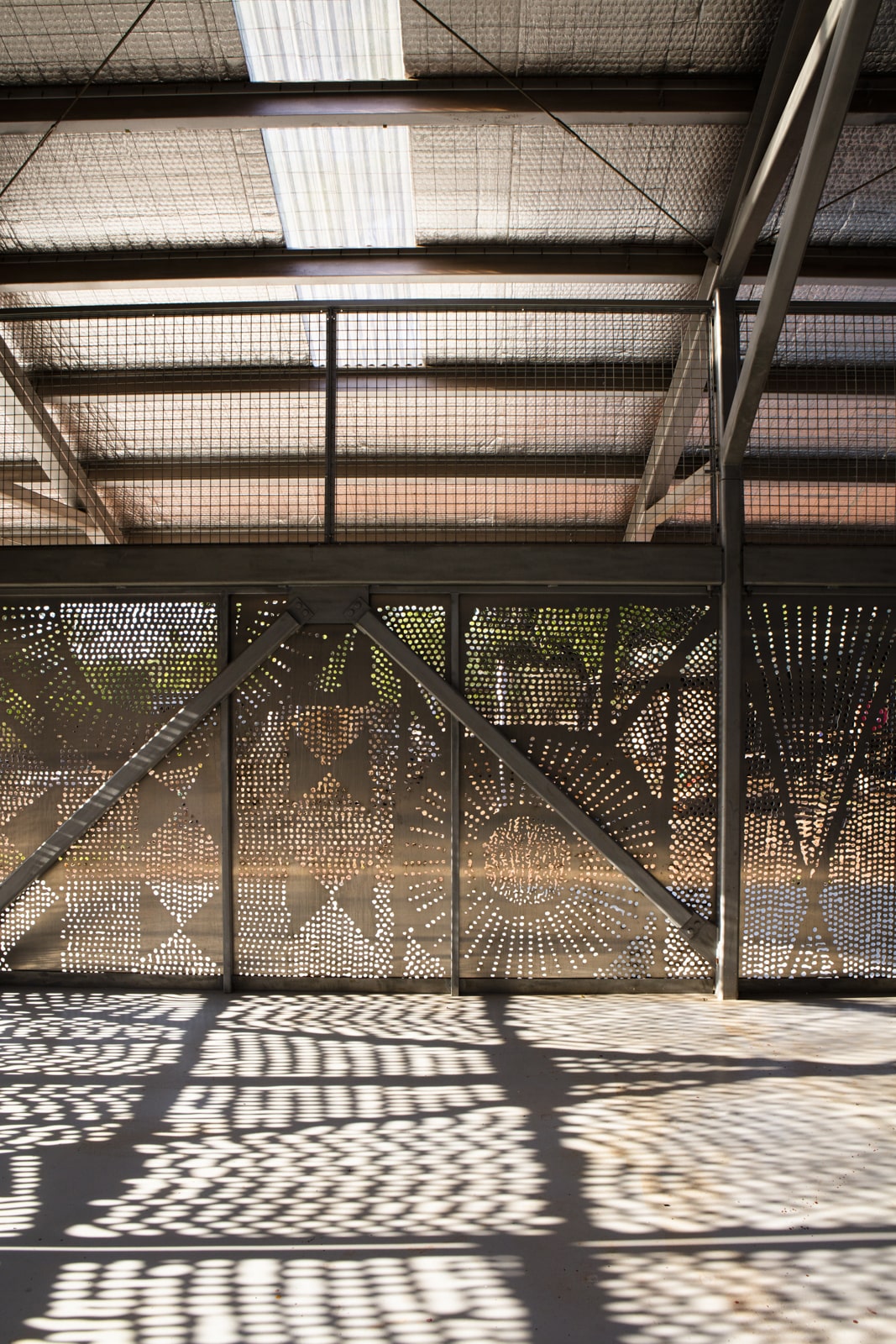 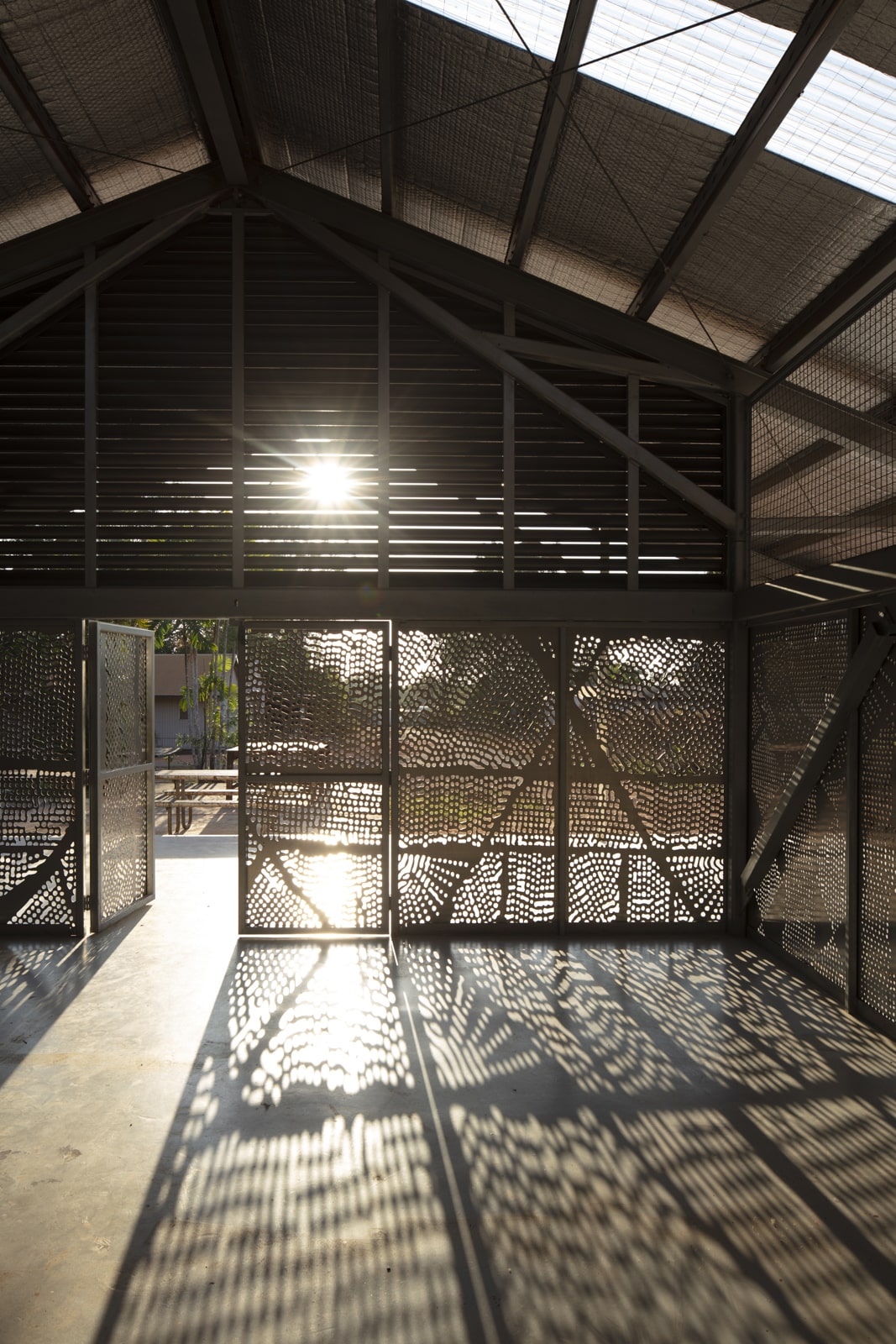 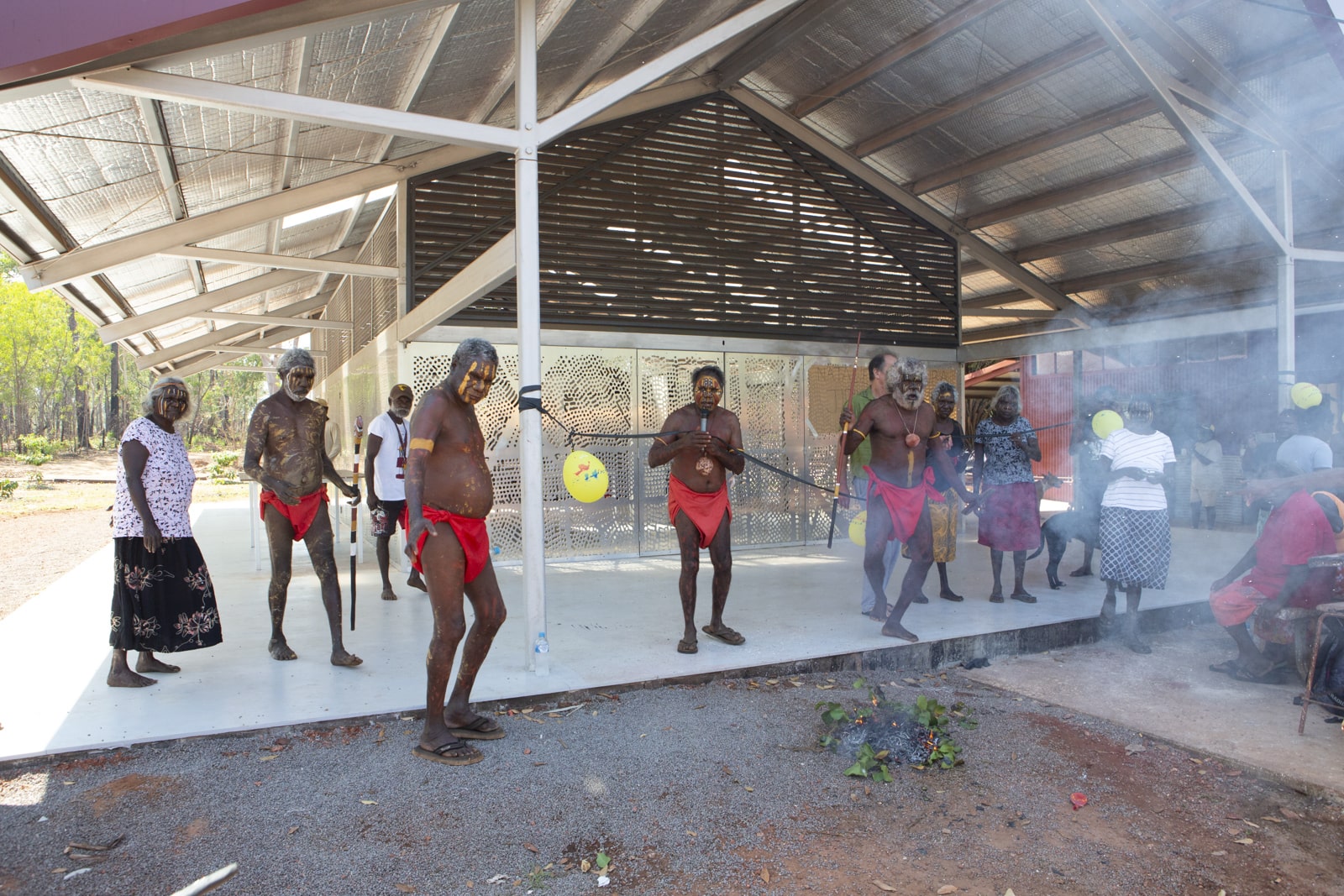